Seafood is a great source of amino acids, omega-3 fatty acids, zinc, iodine, iron, calcium, selenium, and vitamins B12, A, and D, many of which are beneficial for mood disorders.

Fish in the diet has a positive impact on depression

A number of studies have found that including fish in the diet has a positive impact on depression, especially those that refer to traditional diets (the famous one is by Jacka and colleagues) and the Mediterranean diet (there are a number of studies by Sanchez-Villegas et al). A study from Finland found that the prevalence of depression was lower in countries where consumption of seafood is high.

When it comes to diet and nutrients there is much more research on depression than anxiety, so when my book The Antianxiety Food Solution was published in 2011, I wrote the following:

Given the link between anxiety and depression, it’s possible that seafood consumption could also help reduce the incidence of anxiety.

A study that now shows reduced anxiety with fish consumption

We have a study that now shows this: Reduced anxiety in forensic inpatients after a long-term intervention with Atlantic salmon

In the study, 95 male forensic patients were randomly assigned to one of two groups:

The paper lists the incidence of the following disorders amongst the study participants (all sexual offenders) who were in a secure forensic inpatient facility in the USA:

The present results showed that fatty fish consumption caused changes in HRV [heart rate variability] which is regarded as an essential underlying biological mechanism involved in anxiety and emotion-regulation.

A few interesting factors about this study

The authors mention a limitation of the study, in that this group of adult male forensic inpatients may make it difficult to generalize the results to other groups in the population and recommend further similar research in children and women.

I look forward to future research but I feel very comfortable about putting this limitation aside for now, especially with the positive results found with this group of patients with very severe symptoms.

I also feel very comfortable extrapolating these results from salmon to sardines and would expect similar beneficial results. I highly recommend selecting wild salmon or wild sardines rather than farmed.

If you suffer from anxiety and stress, or any mood disorder, I hope this research is further motivation to eat wild fatty fish a few times a week. How much fatty fish do you eat each week and have you observed mood or other health improvements?

And if you’re a practitioner, I hope this research is a bigger incentive to continue to recommend fatty fish to your clients or patients.

If you’re looking for some great recipes check out this yummy summer salmon pate recipe and this delicious pomegranate olive mint salsa to serve on grilled salmon. Vital Choice, a wonderful source for great quality home delivery WILD fish, has great recipes on their site too.

The FDA has just approved GMO salmon, which has already been dubbed frankenfish.

If you want to find the latest product approved by the FDA, don’t bother with the pharmacy. Try the fish freezer.

The AquAdvantage Atlantic salmon has made history – along with a generous serving of controversy — by becoming the first genetically engineered food animal approved for sale in the U.S.

Because of its genetic modifications, the Food and Drug Administration said the new variety of salmon “meets the definition of a drug.”

It’s sad and also a little crazy – fish is now a drug!

Here is an excellent interview that Jeffrey Smith did on Underground Radio with Sean Croxton 5 years ago when the GMO salmon was pending approval: Say NO to GMO Salmon! with Jeffrey Smith. They talk more about the fact that this fish is now a drug which allows them to keep various aspects secret.

The fish grows twice as fast as normal salmon, so it reaches market size more quickly. It has an added growth hormone from the Pacific Chinook salmon that allows the fish to produce growth hormone all year long. The engineers were able to keep the hormone active by using another gene from an eel-like fish called an ocean pout that acts like an “on” switch for the hormone. Typical Atlantic salmon produce the growth hormone for only part of the year.

Boycotting the AquAdvantage salmon (produced by biotechnology company AquaBounty Technologies) won’t be easy because the salmon may not be labeled as GMO or genetically engineered/GE.  And if you’re eating at a restaurant you may not know the difference.

Many big food stores like Whole Foods, Trader Joes, Aldis and even Costco have said they will not sell this GMO salmon. This is good news!

The Center for Food Safety is ready to fight back and sue the FDA challenging its approval of these untested, unlabeled, and unwanted GMO/genetically engineered salmon and you can support this effort here.

Of course your best choice is wild-caught salmon, which are never genetically modified and have many added benefits over any type of farmed salmon, GMO or not. You may recall the great interview on The Anxiety Summit where Randy Hartnell, fisherman, and owner of Vital Choice talked about the wonderful benefits for seafood. Our topic: What you need to know about seafood—the ultimate brain and mood food

What do you think? Are we being overly concerned about GMO salmon? Or should we be boycotting it? Would you be willing to eat it and feed it to your family? Or are you strictly a wild salmon consumer? 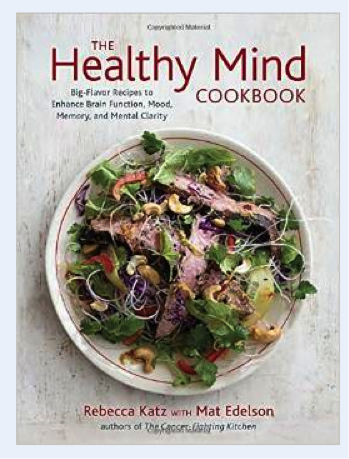 I’m excited to have had the opportunity of interviewing Rebecca Katz for season 3 of The Anxiety Summit. She has a new book The Healthy Mind Cookbook and I can’t wait to share our great interview.

Until then I’m sharing why I love this book and a wonderful recipe from her book, the pomegranate olive mint salsa.

Let me share why I love this recipe book:

Put all the ingredients in a bowl and stir gently to combine. For optimal flavor, cover and let sit at room temperature for 15 minutes before serving. For taste, you may want to add another squeeze of lemon or a pinch of salt.

Makes: 2 ½ cups.
Prep time: 15 minutes.
Storage: store in an airtight container in the fridge for up to 4 days.

My comments and modifications to the recipe:

So get shopping and chopping and enjoy a delicious salsa for your brain and taste buds!  Let us know how yours turns out and what you serve it with. 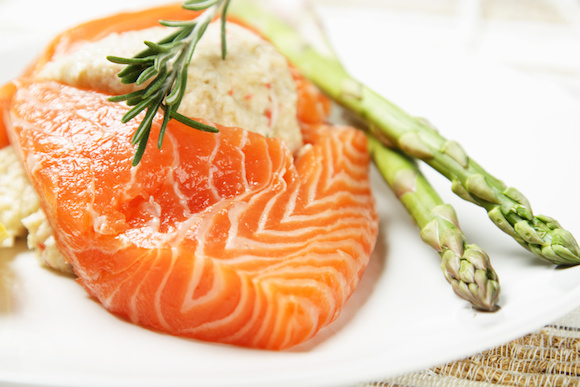 How much wild fish is in your diet? Are you eating wild salmon or sardines two or three times a week? If you’re not, there are plenty of good reasons to start doing so!

“DHA modulates some of the same genes targeted by current psychotropic medications, as well as increases myelin-related gene expression. Myelin-related gene expression decrease is a common, if nonspecific, denominator of neuropsychiatric disorders. In conclusion, our work supports the potential utility of omega-3 fatty acids, specifically DHA, for a spectrum of psychiatric disorders such as stress disorders, bipolar disorder, alcoholism and beyond.”

A 2012 animal study shows that sardines lower insulin resistance and has other wonderful health benefits.

I grew up in South Africa eating sardines and love them! I always have a few cans with me when I travel in case I’m stuck somewhere without a good protein source! Here is a blog post I wrote on: Healthy travel food ideas when you have food sensitivities.

Here is a great resource for making the best choices when it comes to seafood: “The Monterey Bay Aquarium Seafood Watch program helps consumers and businesses make choices for healthy oceans. Our recommendations indicate which seafood items are ‘Best Choices’, ‘Good Alternatives’ and which ones you should ‘Avoid’.”

A wonderful source for great quality fish is Vital Choice. They are “a trusted source for fast home delivery of the world’s finest wild seafood and organic fare, harvested from healthy, well-managed wild fisheries and farms.” I have met Randy Hartnell a few times and I love this company and everything that they stand for!

“We capture the fresh-caught quality of fine, sustainably harvested Alaskan salmon and other Alaskan and northwest Pacific seafood by cleaning and flash-freezing it within hours of harvest.

The fisheries that supply most of our seafood are certified sustainable by MSC (look for their blue logo) or the State of Alaska, or are widely considered sustainable.”

Enjoy some beautiful salmon for dinner or have a yummy sardine snack and see mood, blood sugar and overall health benefits! 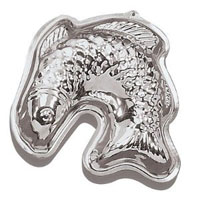 I’d like to give credit to Suzy for this wonderful recipe (which I have modified slightly). She is an old friend of mine and I’m so thrilled that we just reconnected on Facebook after being out of touch for 20 years! I was so impressed when she served it at a dinner party in Johannesburg, South Africa, a LONG time ago. In fact, everything Suzy served at dinner parties was amazing! Here’s to sitting down together at a dinner party in the near future!

May you enjoy this and other wonderful food with your friends and family!