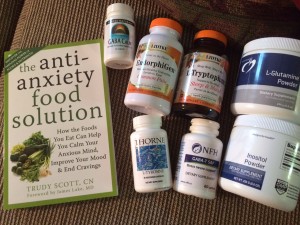 The best way to figure out if you have a particular brain chemical imbalance and if you’ll benefit from a certain amino acid, is to do a trial.   This is something I do with all my clients with anxiety, when we’re working one-one-one and with those in group programs, and it works really well.

Because the effects of amino acids can be felt within a few minutes to a few days, it’s easy to confirm whether you do in fact have a deficiency in a certain area and whether you’ll benefit from supplementing with the associated amino acid.

How does doing a trial work?

What are the advantages of doing a trial?

Which amino acids have you found to be effective? Did you do a trial to figure out which one to try and how did that work for you? We’d love to hear in the comments below?

Have you got questions about doing a trial? Feel free to ask in the comments below.

If this information is useful but also sounds a little overwhelming, check out the The Amazing Aminos for Anxiety homestudy program. This homestudy group program provides guidance with using each of the targeted individual amino acids and how to do a trial.