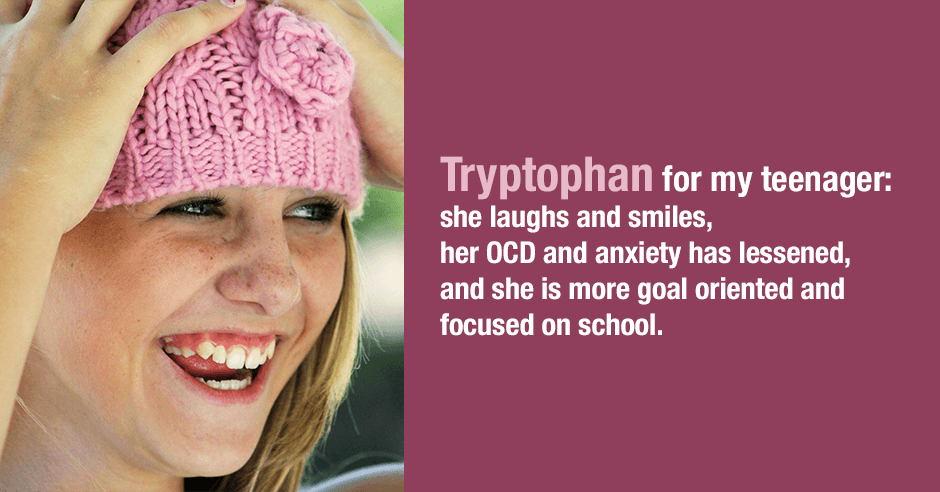 I read all your blog articles and listened to some of your talks. I made a chart of symptoms and then decided to try GABA Calm first.

Since that didn’t help, the next logical choice for us was Tryptophan. My daughter has a lot of anxiety, intrusive thoughts and other OCD symptoms. The reason I didn’t trial the 5HTP first was because my daughter has some PTSD like startle responses, and since you said it isn’t good if you have high cortisol, I just made the guess that she might due to her startle response.

With the Lidtke brand, we used the [500mg] capsules and I did not open them up. My teen would not have gone for that because she already takes a lot of supplements and medication because she is being treated for Lyme and Bartonella. She is cooperative with taking all the supplements/medication. We started at 1 capsule a night for probably 5 days and saw no difference, then went to two for another 5 days, and then landed on 3 when we noticed the dramatic change.

Even her LLMD [Lyme literate MD] was shocked at how differently she interacted with her in our last appointment.