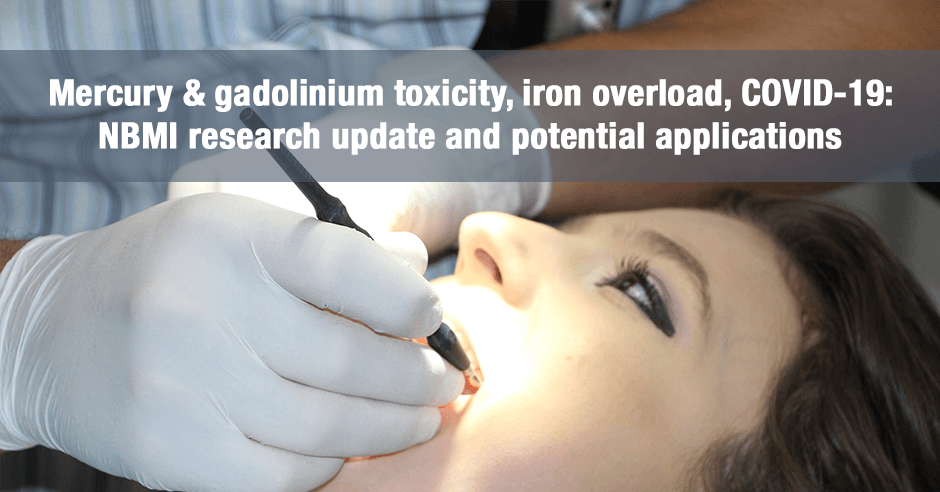 Professor Boyd Haley set out to find a safe and non-toxic heavy metal chelator that would cross the blood-brain barrier, get inside the cells and bind mercury. The compound was initially sold as an antioxidant called OSR and is now called NBMI. In 2018 I wrote a blog about this – Mercury detox: NBMI as a safe and non-toxic heavy metal chelator. At the time NBMI was in phase 2 clinical trials. The blog was a popular one then and still gets many comments and requests for updates. Today I’m sharing some updates on progress, new studies and proposed new applications. I still find NBMI intriguing and look forward to it being readily available once the studies are completed.

The recent newsletter from EmeraMed, reports that their projects are all running according to plan (despite coronavirus setbacks) and “producing the anticipated positive results necessary to bring our drug to market. When we complete the studies requested last year by the FDA, EmeraMed will file a new drug application (NDA), which then starts the FDA approval process.”

Studies on metal binding have shown that NBMI is strongly attracted to mercury, arsenic, lead, cadmium, uranium, gadolinium [used as a contrast agent in MRIs] and free iron and copper.

EmeraMed are expanding the clinical trials to look at other disorders that NBMI can potentially improve. These updates were shared in the newsletter:

…mercury from fish in the Santa Margareta river is one potential source for kidney injury leading to dialysis treatment. It will be a double-blind placebo controlled pivotal study, the participants health and results will be carefully monitored.

The treatment will be much longer than our earlier trials with gold miners and will look at numerous physiological parameters.

We expect to receive an interim report by July 2020 on a Thalassemia study that shows a highly significant benefit from NBMI. 8 out of 8 improved without any reported drug induce toxic side effects. “Impressive” in the words of one reviewer.

The mechanism of action is based on the ability of Emeramide to: 1; enter cells and cross the blood brain barrier, 2; scavenge and remove existing hydroxyl free radicals lowering oxidative stress and 3; chelate into non-reactive and non-toxic complexes several toxic metals and most importantly Fe2+ a redox metal that has been proposed to be displaced from hemoglobin by the COVID-19 infection.

We know NBMI would help because viruses need to release free iron to be able to reproduce. That iron causes oxidative stress possibly leading to a cytokine storm.

Another potential application is environmental clean-up of rivers, lakes and streams:

Arsenic (As) in drinking water is a well-recognized problem but since it is very difficult to remove, EPA maximum drinking water standard allows drinking water to have arsenic levels that cause significant amounts of bladder and lung cancers.

And one more potential application is the improved “treatment of waste-water sewer sludge to remove mercury or other toxic metals before it is spread on farms.”

Here is the mercury feasibility trial mentioned in the newsletter: Efficacy of N,N’bis-(2-mercaptoethyl) Isophthalamide on Mercury Intoxication: A Randomized Controlled Trial, where NBMI was given to 36 gold miners with high levels of mercury in their urine:

Although this study was designed with a small sample size to test for feasibility, the gained results with 300 mg NBMI already showed an effect on physical fatigue with statistical significance and there were indications to positive effects on other symptoms, like sleeping problems.

You can read more about this mercury research here.

The newsletter link above has information about which countries are allowing early access. Please contact the company directly rather than ask me about how to obtain the product as I am simply sharing what they have shared with me. I also encourage you to sign up for EmeraMed’s newsletter so you can keep up to date with progress and access information.

I find it intriguing and look forward to it being readily available once the studies are completed.

Please share if you used the original OSR product with any success or if you have managed to obtain NBMI and trial it?

And feel free to post your questions for Professor Boyd Haley. I’m hoping to have him speak on Anxiety Summit 6: Toxins/Meds/Infections. 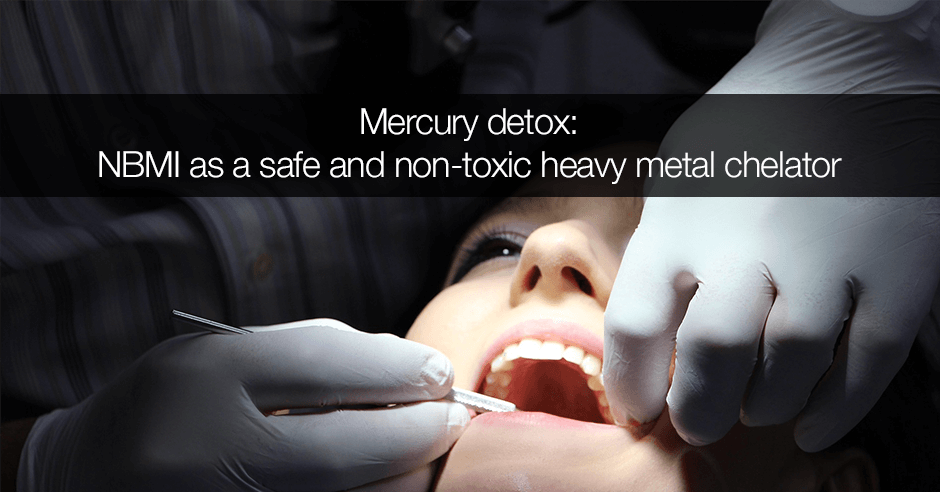 Mercury toxicity is a big issue when it comes to anxiety. Detoxification of mercury can be a complex process and is often controversial. I recently had the opportunity to hear Professor Boyd Haley’s interview on the Heavy Metals Summit where he addresses all this so well and shares some cutting-edge information. I was really quite blown away with what I learned.

The EmeraMed site has information about which countries are allowing early access. Please contact the company directly rather than ask me about how to obtain the product as I am simply sharing what they have shared with me. I also encourage you to sign up for EmeraMed’s newsletter so you can keep up to date with progress and access information.

I still find NBMI intriguing and look forward to it being readily available once the studies are completed. I’ll share again when I have additional information.