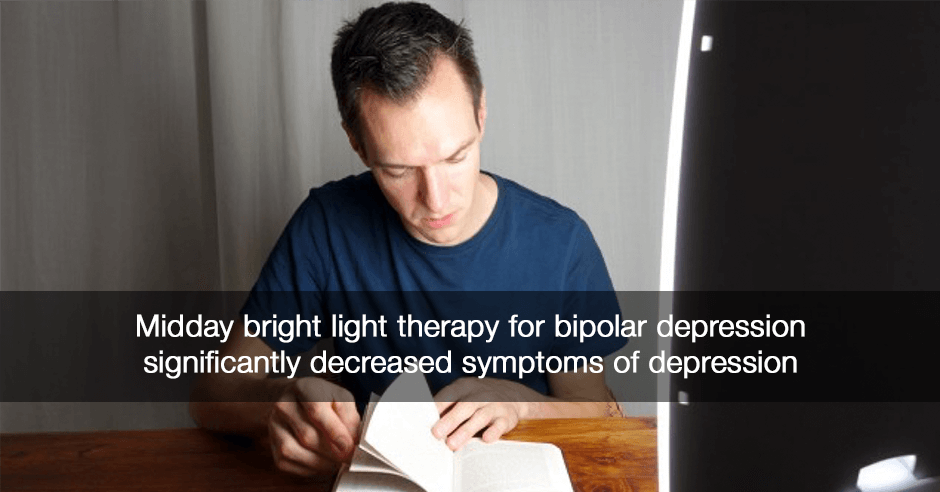 A recent study from Northwestern University and published in The American Journal of Psychiatry: Adjunctive Bright Light Therapy for Bipolar Depression: A Randomized Double-Blind Placebo-Controlled Trial has found that midday daily exposure to 7,000 lux bright white light for 6 weeks, significantly decreased symptoms of depression and increased functioning in people with bipolar disorder.

The press release issued by Northwestern University reports as follows

Previous studies found morning bright light therapy reduced symptoms of depression in patients with Seasonal Affective Disorder (SAD.). But patients with bipolar disorder can experience side effects such as mania or mixed symptoms from this type of depression treatment. This study implemented a novel midday light therapy intervention in an effort to provide relief for bipolar depression and avoid those side effects. 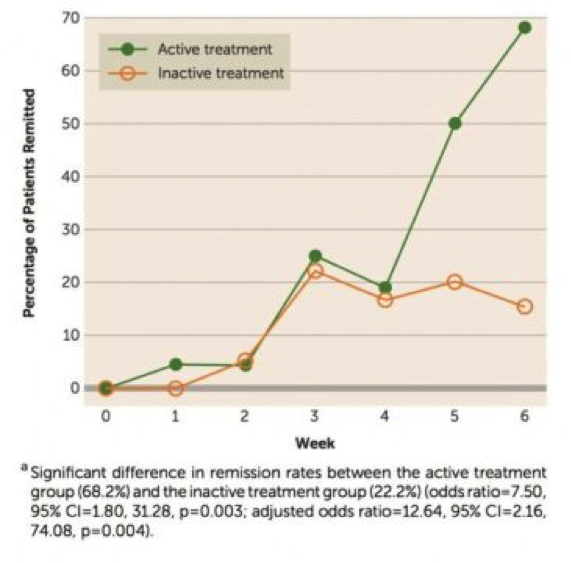 How the 7,000 lux bright light therapy was used

Here are the details of how the 7,000 lux bright light therapy was used in the study:

The light therapy patients were instructed to place the light box about one foot from their face for 15-minute sessions to start.

Every week, they increased their exposure to the light therapy by 15-minute increments until they reached a dose of 60 minutes per day or experienced a significant change in their mood.

Study lead author Dr. Dorothy Sit shares that starting low and slowly increasing the treatment made it more tolerable. None of the study participants experienced side effects, likely because the treatment was customized for each patient:

No one experienced mania or hypomania, a condition that includes a period of elation, euphoria, irritability, agitation, rapid speech, racing thoughts, a lack of focus and risk-taking behaviors.

A noticeable mood improvement with bright light therapy was also noticed as quickly as four weeks, which is similar to other light therapy research for non-seasonal depression and depression during pregnancy.

How do you do this in the middle of a work day?

You may have concerns about doing this at midday as this facebook follower voiced:

I guess if your bipolar depression is so debilitating that you cannot hold a job, then this is worth trying.

But 60 minutes!! What working person has 60 minutes in the middle of their workday?

It’s very doable because there are very nice desk versions that could easily be used at work (without anyone knowing – if privacy is a concern) or at a home-office desk for your convenience. I share some examples in this blog – Winter blues or SAD: light therapy.

I also received this feedback about increased agitation:

I have tried lights in the morning but found that it caused agitation. Over time my tolerance went down so that I could only use for less than 5 minutes. I haven’t ever tried midday light though. I’m not bipolar but I have depression which is generally worse in the winter. Exercise helps.

The press release mentions that light therapy is typically used in the morning to help reset circadian rhythms and the authors are unclear why midday light therapy worked for these patients with bipolar disorder. They plan to investigate further. If it is working via the same mechanism i.e. by resetting circadian rhythms, then it may well work at this time for other individuals too.

It may also be that your depression (and/or anxiety) is not caused by low serotonin but by something else instead – such as low catecholamines, poor thyroid health, gluten issues, poor diet and so on.

Have you used light therapy with success – for the winter blues or depression or bipolar disorder? Or even for anxiety?

Have you ever used it at midday or at other times?

And have you used light therapy in conjunction with tryptophan or 5-HTP? 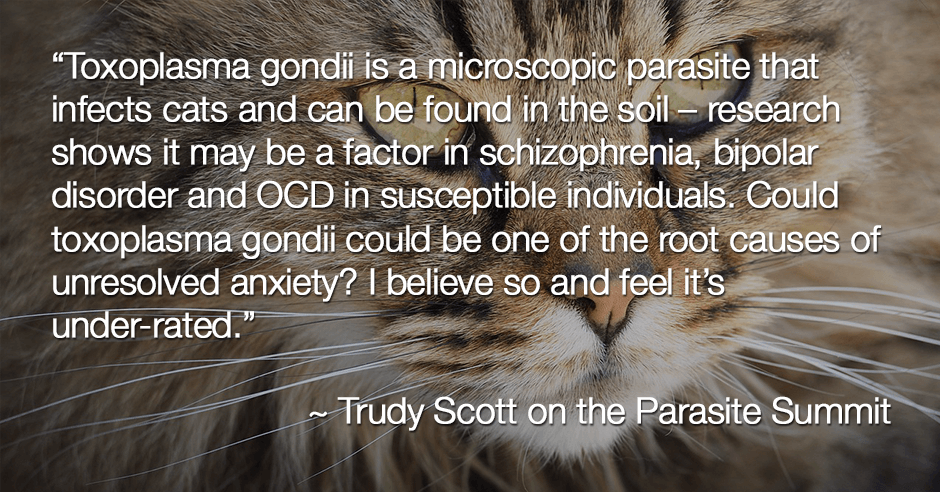