“Fermented foods and probiotics for anxiety and depression: The practical and the research”

Here is an outline of our interview:

Here is the first 2014 study I mentioned –The impact of microbiota on brain and behavior: mechanisms & therapeutic potential.

There is increasing evidence that host-microbe interactions play a key role in maintaining homeostasis. Alterations in gut microbial composition is associated with marked changes in behaviors relevant to mood, pain and cognition, establishing the critical importance of the bi-directional pathway of communication between the microbiota and the brain in health and disease. Dysfunction of the microbiome-brain-gut axis has been implicated in stress-related disorders such as depression, anxiety and irritable bowel syndrome and neurodevelopmental disorders such as autism.

And here are 3 snippets from our interview:

There was a study that looked at human subjects under academic stress and the effects of fermented yogurt particularly Lactobacillus casei (European Journal of Nutrition in 2004 by a researcher named Marcos and their team). They found that the fermented yogurt was able to modulate the immune effects in the subjects that were under stress.

There was a study done by a researcher named Tillisch and published in 2013 in Gastroenterology. We know a lot about how the brain sends signals to the gut, but she explained that in the study they learned that the gut also sends signals to the brain. The researchers found that with yogurt, they found positive effects on the brain, including sensory processing and those areas associated with emotion and mood.

The nice thing about fermented food like sauerkraut is that it’s a form of food that is already partly digested, so it tends to create less gas. It also tends to be better digestible and can be higher in nutrients than the foods themselves that aren’t fermented. They can often help with supporting a good PH balance in the gut. The other nice thing about fermented foods is that you can get a lot of bacteria in a serving. Dr. Joseph Mercola recently tested some of his own homemade sauerkraut and found 10 trillion beneficial bacteria in a four to six ounce serving. So that’s a hundred times the amount of bacteria in a serving than you would find in a bottle of a high potency probiotic. 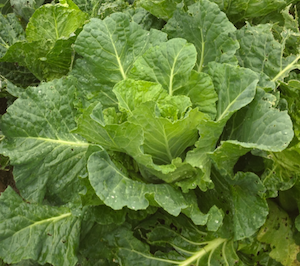 Here are some of the studies we discussed

Gut-brain axis: how the microbiome influences anxiety and depression.

Effects of the probiotic Bifidobacterium infantis in the maternal separation model of depression.

Intake of dairy products and calcium and prevalence of depressive symptoms during pregnancy in Japan: a cross-sectional study.

A randomized, double-blind, placebo-controlled pilot study of a probiotic in emotional symptoms of chronic fatigue syndrome.

Modulation of intestinal microbiota by the probiotic VSL#3 resets brain gene expression and ameliorates the age-related deficit in LTP.

You’ll also learn how to make your own sauerkraut in the video giveaway being offered by Julie – Video: How to make sauerkraut

Practitioner video/gift – “BioIndividual Nutrition: The Importance of Personalizing Diet in your Practice”

UPDATE: Season 2 of The Anxiety Summit concluded in November 2014. If you’d like to be on the notification list for the next summit just sign up here www.theAnxietySummit.com

Missed this interview and want this and the other great interviews for your learning library? Purchase the MP3s or MP3s + transcripts + interview highlights and listen when it suits you