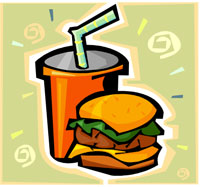 The above quote is from a story that appeared in the Boston Globe earlier this month [thanks to my friend in Boston who shared this story with me and urged me to write a commentary!]

The story, “Proposed diagnosis for bipolar disorder divides psychiatrists” by Patricia Wen, discusses issues with proposed revisions to the Diagnostic and Statistical Manual of Mental Disorders IV (DSMIV). The psychiatric association is expected to make final decisions for its fifth revised edition to be published in May 2013.

A panel appointed by the American Psychiatric Association is urging that a new, potentially more transient and less-stigmatizing diagnosis – “disruptive mood dysregulation disorder’’ – be added to the official manual of mental illnesses, which is undergoing a sweeping revision [this new disorder would be included in the manual in addition to the existing bipolar disorder, and this is where the division is].

The new condition would apply to children who have chronic irritability, as well as recurrent temper outbursts – three or more times a week, on average – that are “grossly out of proportion’’ to the situation the child confronts.

It can be as disabling to a young child as bipolar disorder, but would probably be treated with antidepressants, not antipsychotic drugs. As adults, these children would be more likely to develop anxiety or depression, rather than bipolar disorder.

Wow! chronic irritability, recurrent temper outbursts, “grossly out of proportion’’ to the situation, likely to develop anxiety or depression as adults

This sounds a lot like a combination of poor diet/junk food and food intolerances. And it’s no surprise when you consider what diets kids are eating these days! Let’s also throw in low blood sugar for good measure – how many kids do you know who eat a good breakfast that includes protein?

In the Journal of Affective Disorders, a 2012 paper titled “Diet quality in bipolar disorder in a population-based sample of women”, found a lower risk of bipolar disorder in those eating a quality traditional foods diet. Granted, this is epidemiological evidence, but this is exactly why more research is imperative. The authors do actually state: “Longitudinal studies are warranted”.

Lead author of the above paper, Dr. Felice Jacka , is also the lead author in a 2011 PLoS One paper that found diet quality in adolescents was associated with a lower risk of mental health issues. The author stated that this “study highlights the importance of diet in adolescence and its potential role in modifying mental health over the life course”

In the journal Psychiatry Research, a 2012 paper titled “Markers of gluten sensitivity in acute mania: A longitudinal study” states that individuals “with mania had significantly increased levels of IgG antibodies to gliadin” “which is derived from the wheat protein gluten”.

When I read this section in the Boston Globe story a light bulb went off….

What is ultimately added, subtracted, or revised in the Diagnostic and Statistical Manual of Mental Disorders, first put out by the American Psychiatric Association in 1952, is loaded with practical and cultural implications.

It will help define what is considered normal behavior. It largely determines how clinicians diagnose conditions; what health insurers will pay for; what drugs are made and marketed; and what research will be funded by governments and foundations

Perhaps the division between bipolar disorder and disruptive mood dysregulation disorder is less important than my whole-hearted proposal to add gluten intolerance and celiac disease, junk food addict (and low blood sugar and a host of other nutritional factors) to the DSMIV!!!

I’m obviously saying this tongue-in-cheek but imagine a world where we:

Yes! Add these now… please! If we need research for it to become mainstream then so be it! I’m volunteering to be part of any research in these areas. It works – I already know this, as do countless of other practitioners and people who have made these changes. Just read Michael Ellsberg’s compelling bipolar story on Forbes to be inspired!

Dr Katherine Falk, MD is in private practice in New York City and is certified by the American Board of Psychiatry and Neurology. She endorsed my book The Antianxiety Food Solution and said this:

Trudy Scott is an expert on the relationship of food and mood, an often neglected area in the health of persons with mental illness. This book provides practical information, clearly presented, which I believe to be an important adjunct in the treatment of not only anxiety and depression, but also of serious mental illness.

I would like to end by saying that I have no intention of minimizing the seriousness of bipolar disorder or any mental illness, I just believe there is so much more we can do on the food-mood front!