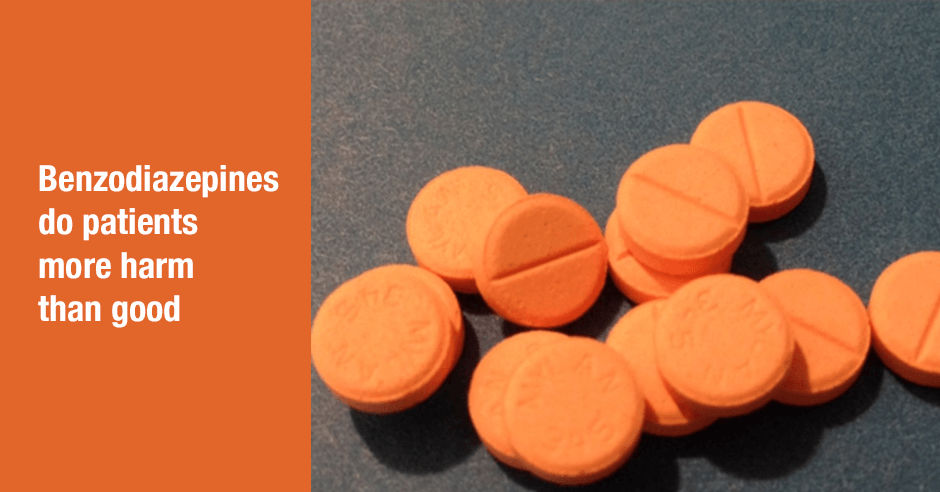 In my experience as a clinical psychologist benzodiazepines do patients more harm than good. While it is appealing to think that a pill can quickly and effectively remove symptoms of anxiety, panic, and/or insomnia, the reality is that there are significant negative long-term consequences for most people who use these medications.

It is not uncommon for me to have patients on multiple psychotropic medications, including benzos, due to symptoms of anxiety, insomnia, or other mental health issues.

Patients can quickly become dependent on these medications, and they are often prescribed higher doses over time with diminishing returns.

Some patients reach a point where they are not having symptom relief with the benzos, but they cannot function at all without them.

This issue is fresh in my mind because I have a 24-year-old male patient who is entering a rehab program next week due to addiction and substance use issues. The gateway drugs that led to these addiction issues for him were Ativan and Adderall prescribed to him since he was 14 years old. He now sees that these drugs have done a significant amount of damage, but we are having to admit him to a long-term treatment program to get off of these medications (and other substances) safely.

I maintain that if prescribers fully informed patients of the risks involved with these medications most people would never start taking them. We need to do more to educate patients and practitioners about the realities of these medications, as well as safer alternatives.

I am now devoting a significant amount of time and attention to this issue not just for benzodiazepines, but psychiatric medications in general. Especially where children are concerned, parents and professionals needs to have appropriate facts about these drugs and understand the many non-medication options that are available. I’m writing about this and providing resources at my site http://www.DrBeurkens.com for anyone who is interested. Thanks, Trudy, for getting this information out to more people!

As she says, it’s so important that we need to do more to educate patients and practitioners about the realities of these medications, as well as safer alternatives. Here is a recent blog post where she does just that: Beware the Rush to Prescribe

I appreciate that Dr. Beurkens is now devoting a significant amount of time and attention to this issue not just for benzodiazepines, but psychiatric medications in general. Her motto is to provide “Solutions to End Overmedication of Children with Developmental or Mental Health Concerns.”