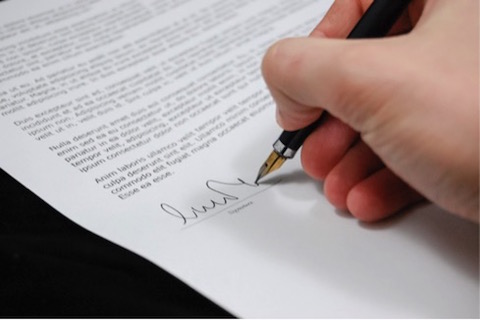 If you’ve been following me for a while you know how opposed I am to the long-term use of benzodiazepines. These medications are only intended to be prescribed for no longer than 2 weeks at the most. But I really do think they should not be prescribed at all.

I was very pleased when Alison Page reached out to me asking if I’d share what’s happening in Massachusetts. It’s a proposed bill that would require informed consent for benzodiazepine use: Call To Action: Massachusetts Bill H4062 for Informed Benzodiazepine Use is Official

I’ve blogged extensively about benzodiazepine dangers and mention them when I present at conferences and on summits. Here are a selection of blog posts:

The Massachusetts Bill H4062 is calling for written informed consent from the doctor stating the risks of taking this class of drugs. Here are the Specifics of the bill:

Anyone receiving a benzodiazepine prescription will receive written informed consent from their doctor stating the risks of taking this class of drugs. The consent form will ensure that patient’s understand that benzodiazepines and sleep aids can lead to physical dependence, and in some cases, addiction. The informed consent form will also specify that this drug can, in some cases, cause an injury to the nervous system and dangerous and/or disabling withdrawal reaction. The consent form will also specify that long-term use is contraindicated.

Benzodiazepine prescriptions will be written on brightly colored paper to ensure that patients know that they are receiving a potentially harmful substance that could lead to physiological dependence or addiction.

No patient will be taken off benzodiazepines or sleep aids without their full consent. No patient will be “cold turkeyed” off their prescription. For patient’s choosing to come off, a safe taper schedule will be implemented.

Drug labels will indicate that long-term use is contraindicated.

If you would like to help this bill pass and gain momentum, Alison shares how you can reach out to Massachusetts state senators and representatives. They are also asking you to share your personal stories of benzodiazepine harm. These stories will be presented as evidence to the Joint Committee as they decide whether or not the bill moves forward. All the details on how to do this can be found here.

These are good initial steps to create awareness for both anxious individuals, and doctors who are not aware of the terrible effects so many suffer.

We certainly appreciate the efforts of people like Alison, who is a benzodiazepine survivor herself. She took prescribed benzodiazepines off and on for 16 months and was rapidly tapered off. She ended up with a severe central nervous system injury which has taken years to recover from. As a result of her experience, Alison is now an activist on behalf of psychiatric survivors and works to raise awareness about the dangers of psychiatric drugs and treatment methods.

One of her wonderful projects is the creation of an art book entitled Healing from Psychiatry: An Artist’s Perspective. She has close to 50 contributors from all over the world who have suffered or are suffering as a result of psychiatric treatments and medications.

Geraldine Burns worked closely with Representative Paul McMurtry to have this first of a kind bill filed in the United States.  This bill was filed in Massachussetts on February 24, 2016, and it received the official bill number H.4062 – An Act Relative to Benzodiazepines and Non-Benzodiazepine Hypnotics.

Geraldine shared this information about her pioneering work in helping to get the word out about the potential dangers of benzodiazepines:

In 1999 I started the first Internet support group for people wishing to withdraw from tranquilizers or already off and having problems.  This was the first group of its kind and before it closed had closes to 4,000 members internationally.  The group was started to offer 24 hour/7 days a week support to people who have been made ill by prescription medications, to learn about symptoms of withdrawal, learn about tapering methods, and natural methods of healing.

She is dedicated to the responsible and informed use of addictive prescription drugs: Education, Advocacy, Research and Support.  And she was instrumental in having Professor C. Heather Ashton, Professor Emeritus from the University of Newcastle write her manual “Benzodiazepines: How They Work and How to Withdraw” also known as The Ashton Manual.  This manual has now been translated into 11 other languages and can be found online at www.benzo.org.uk

In 2006, Geraldine launched the website BenzoBookReview  after she was given the rights by eleven internationally known authors of books that had been written on the subject of tranquilizers of which some were no longer being published.  She worked to have some of them revised and updated so they could bring the most up-to-date information on tranquilizers and sleeping pills to the public.

Currently she is being filmed for the documentary As Prescribed  which is a film project about benzodiazepine dependency and discontinuation syndrome. Here is a snippet about this documentary that is being produced by Holly Hardman:

There is a formidable health epidemic in our midst. Its sufferers tend to be “good patients” following doctor’s orders. Perhaps their doctors prescribed Ativan, Xanax, Valium, or Klonopin – common names for a class of anxiolytic drugs known as benzodiazepines. Perhaps the drug was given to calm nerves, promote sleep, balance moods, or just to make life a little easier. Too often these good patients begin to experience strange symptoms and develop mysterious illnesses that plague them for years, upending their lives. Too often they are told that the drugs could not be their problem. By following personal stories and investigating growing medical evidence, As Prescribed questions the prescribing practices and consequences of these popular, not-so-innocent drugs.

We appreciate Geraldine and Alison and everyone involved with this bill, and all the advocates like Holly and others who are working so tirelessly to create awareness.

Please do share your story with benzodiazepines too.  The more who hear this information, the more can be helped.   And please share this blog if you care and know of anyone using these medications and looking for help, and to folks who may be considering these medications or may be prescribed them in the future.

The Massachusetts Benzo Bill H4062: Informed consent for benzodiazepines and non benzodiazepine hypnotics  was just scheduled to be heard by the Joint Committee on Mental Health and Substance Abuse on Monday, April 4th.  The committee will then decide whether the bill moves forward to the house and senate, goes to study, or is denied.

If the bill “goes to study” it is essentially dead in the water until the next legislative session, and in that case, the bill often dies. It is important that we rally around the bill to make sure it passes during this session.

The bill will ensure that patients get informed consent about the potential dangers of benzos, if they are already on the drug, they will have the choice of whether or not to come off, and if they do choose to come off, a safe slow taper will be implemented. The bill specifies that it is the patient who decides whether or not they would like to come off their benzodiazepine.

What Can you do to Help?

Please see the comment from Alison Page below (on 3/28/16).  She shares all the details on the above 2 steps: how to testify and who and what to email.

Alison emailed me with an update about the hearing for Bill H4062: Informed consent for benzodiazepines and non-benzodiazepine hypnotics. The hearing took place on Monday, April 4 at 1PM at the Massachusetts State House in Boston, MA.

She shared a new blog link with all the updates.  This is an overview of what will be happening next:

The committee hearing the testimonies will be reviewing all of the written testimonies of the people unable to attend the hearing, and will then decide whether or not the bill moves forward to the House and Senate. The discussion, parts of which you can watch in the video below, clarified some important points in the legislation and gave survivors an opportunity to tell their stories.

Alison also shares some additional background about the bill and benzodiazepines, and a detailed account of what happened at the hearing (same link as above).

Alison also shares her personal experiences too and how emotional and yet cathartic it was to be there to testify:

There were a lot of tears at the hearing. The personal testimonies from survivors and caretakers were poignant, honest, vulnerable, and moving. This is the first time that the “benzo community” has had the opportunity to openly tell their stories in a platform that could influence legislation so that other people will not get harmed by prescribed benzodiazepines.

I was so proud to be there and witness the courage, camaraderie, resilience, advocacy, and vulnerability of fellow survivors. This is the first time I have met these people, who I’ve talked to online for years, and who I consider dear friends. This is the first time I have visited Boston since coming off benzodiazepines several years ago, so it was a personal victory, as well.

Testifying was cathartic, both for the individuals and for the “benzo community” as a whole. This legislation is our chance to be heard. As one survivor said, through tears, to the committee, “Do not let my suffering be in vain. I beg you to pass this bill.”

Thanks to everyone who went to testify!

And thank you if you  commented here, shared this post and sent in your story.

If you have questions for Alison or Geraldine or me you can post them in the comments below.

Alison Page is creating an art book entitled Healing from Psychiatry: An Artist’s Perspective. She has close to 50 contributors from all over the world who have suffered or are suffering as a result of psychiatric treatments and medications. Alison shares this:

The focus of the book is on how people have used art to help them during their recovery from psychiatric treatments and medications. Some recoveries can be so intense that distracting by creating art becomes a survival mechanism.

The book contains a variety of mediums including paintings, photographs, short essays, excerpts from books and plays, lots of poetry, and a resource list and helpful tips for people who have recovered and also people still going through recovery.

My hope is that this book will be a useful tool for people going through recovery from psychiatric drugs and treatments. During my recovery, my cognition and ability to concentrate suffered. As a result, reading novels became impossible, but I could still appreciate art and read in short bursts.  Having a book of art made by others on the same path would have been a comforting and useful resource.

You can read about Alison’s story with anxiety and the benzodiazepines on this blog I published last year.

Here is the link to learn more and support this wonderful and inspiring project of hers via her GoFundMe campaign if it feels like a fit for you.