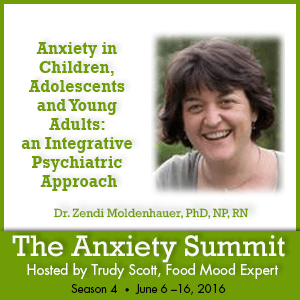 …anxiety disorders in children are probably the most common psychiatric disorders that start in childhood.  And depending on studies and depending on how anxiety is defined the rates are anything between 10 to 30 percent.  Less common in younger ones and more common in teenagers.  But really the lifetime prevalence of that is a child or teenager developing anxiety sometime up to age 18 is somewhere between 25 and 30 percent. That means one in three to one in four children or adolescents at some point during that time period which is very high.

Here are some of the studies we discuss related to IBS and anxiety:

We discussed this article in Scientific American – The Hidden Harms of Antidepressants: Data about the true risks of suicide and aggression for children and teens taking these drugs have been suppressed

And this one about ECT: American Psychiatric Association Lobbies FDA to Electroshock Children  https://www.cchrint.org/2016/05/05/apa-lobbies-fda-to-electroshockchildren/

Dr Zendi’s go to nutrient for anxiety and adrenal dysfunction is theanine:

which is an amino acid derivative from green tea and it’s thought to really cross the blood brain barrier and exerts a variety of neurophysiological and even like pharmacological effects on the brain in terms of its anxiolytic and calming effects because it actually upregulates inhibitory neurotransmitters like GABA and possibly modulates serotonin and dopamine in specific areas of the brain.  It actually also increases alpha wave activity.  So children can either sleep better because they’re sleeping at a deeper level or they feel more calm and focused during the day without feeling drowsy so there’s no side effect to L-Theanine which is great.

Here are two of the theanine papers we discussed: