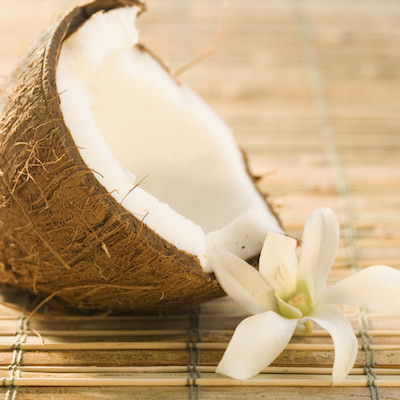 Could certain nutrients help with memory and cognitive issues, and the “pseudo-dementia” symptoms so many people experience when withdrawing from benzodiazapines?

In a recent article I shared the new research on benzodiazepines being linked to increased Alzheimer’s risk and other serious concerns.

Alison, who was featured in the Boston Globe story, commented on the above blog post:

I am only 29 years old, and I developed what I refer to as pseudo-dementia once I developed a tolerance to benzodiazepines and it got worse once the drug was stopped. From what I have seen from others recovering from and in tolerance to benzodiazepines, cognitive functioning and memory can get hit hard and actually mimic dementia. I wonder if the symptoms these elders are experiencing are true Alzheimer’s, or a side effect/withdrawal effect.

This really got me thinking. She makes an excellent point. It may well be that the symptoms they are seeing in the study are a side effect/withdrawal effect, rather than true Alzheimer’s disease and may be reversible. It surprises me that the study authors have not commented on this since cognitive effects are well documented in the literature.

Here are a few examples I found:

“Benzodiazepines revisited—will we ever learn?” Published in Addiction in 2011

“The review noted a series of adverse effects that continued to cause concern, such as cognitive and psychomotor impairment. In addition, dependence and abuse remain as serious problems. Despite warnings and guidelines, usage of these drugs remains at a high level.”

“Benzodiazepine harm: how can it be reduced?” Published in British Journal of Clinical Pharmacology in January this year (2014)

“Adverse effects comprise sedation subjectively and cognitive and psychomotor impairment objectively. Complex skills such as driving can be compromised… Withdrawal and dependence have excited particular concern, and even polemic. Perhaps a third of long term (beyond 6 months) users experience symptoms and signs on attempting to withdraw – anxiety, insomnia, muscle spasms and tension and perceptual hypersensitivity.”

I was not able to find much in the literature on pseudo-dementia. I did see it listed on the benzo.org.uk site but not elsewhere in relation to benzodiazapines.

I did find this paper “Pseudo-dementia: A neuropsychological review” which is presumably something different (as it refers to depression/dementia). This part may be applicable: “ ‘The pseudo component’ which denotes the actual lack of the neurodegenerative dementia” and the fact that it can be reversed.

This all inspired me to do some digging on dementia. If what they are seeing in participants of the British Medical Journal is not true dementia, it’s very encouraging to think that recovery is possible.

There are some very powerful foods and nutrients that help certain people with dementia and I wonder if they would also help with the benzodiazepine-induced pseudo-dementia:

Not all of the above would work for everyone because of biochemical individuality, and there are mixed results in the literature, but it’s worth assessing for possible deficiencies and addressing overall nutrient status.

It would be wonderful to think that benzo recovery can be improved in the areas of cognition, memory and “pseudo-dementia.”

Interestingly, many of these above nutrients are also factors in anxiety and/or depression and may be related to why someone sought help and was prescribed benzos initially.

P.S. There nutrients are great for overall brain function so anyone could benefit from one or more of them. I actually take 20mg of lithium orotate a day and it helps keep my post-menopausal brain sharp and focused.

P.P.S. I have recently learned that many people in benzo withdrawal do not tolerate supplements so please USE CAUTION and work with your health practitioner.  I will do a part 2 follow up to this blog listing foods high in these nutrients in case you feel more comfortable and do better with a food based approach.