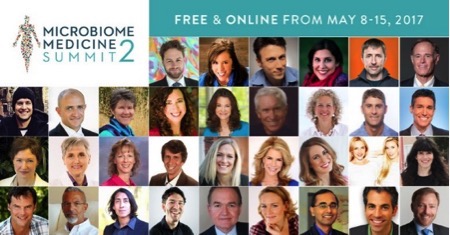 Anxiety and depression are very common symptoms of SIBO or small intestinal bacterial overgrowth and Dr. Alison Siebecker, one of the speakers on the Microbiome Medicine Summit 2 shares this about anxiety and SIBO:

I see their anxiety resolving, going way down, once the SIBO is treated. I see a lot of very anxious SIBO patients. It’s caused by one of the mechanisms. It’s the cell wall of the bacteria. The LPS otherwise known as endotoxins, that can stimulate inflammatory cytokines and these affect mood.

She discusses some of the common causes of SIBO or small intestinal bacterial overgrowth:

So we’re talking about the deficiency of migrating motor complex. And this is a form of like peristalsis or motility that occurs in the small intestine itself. And its whole purpose is to clear the small intestine of bacteria, believe it or not, and cellular debris, any leftover food. Because it works in between meals, it works when we’re actually fasting, so in between meals and then overnight when we’re sleeping.

It’s kind of like—it’s called the housekeeper wave. It comes and sweeps and cleans up after we eat. So what can happen for really the predominant amount of people is that this motility becomes deficient. Or it doesn’t function very well. Now, there are a lot of things that could cause this motility to get deficient. There are many diseases, some of them quite common, like diabetes, hypothyroid.

We’ve got drugs that can slow it like opioid painkillers, opioid narcotics, very common for a lot of people. I do see a lot of people with SIBO after they take narcotic or painkillers, for instance for like a knee surgery or maybe they had gallstones or kidney stones. They had to take them for awhile—back pain, things like that. This can slow the migrating motor complex and allow SIBO to develop.

But probably the most common reason of all is from an acute disease, which is food poisoning or otherwise known as acute gastroenteritis, and here we’re talking about the bacterial type.

And this is what’s really revolutionary to me about SIBO and what we’ve learned. This is the work of Dr. Pimentel and associates many years figuring this out.

What happens is, in bacterial food poisoning, all the bacteria that cause this secrete—they are pathogenic bacteria. And they secrete a toxin. And it’s all the same toxin, CDT, which stands for cytolethal distending toxin.

Well, it turns out a portion of this toxin, the B portion—it’s just named B. It has an A, B, and C part. The B portion looks like a protein that’s on one of these very important nerve cells, as you just mentioned, that sort of generates this migrating motor complex.

So what happens is through a case of mistaken identity—or we could call it friendly fire. Or we could call it molecular mimicry. These are all words for the initiation of an autoimmune process through that because this protein on our nerve cell looks like the toxin. Our immune system gets triggered into damaging and fighting against our own nerve cells.

The rates are pretty high – anywhere from 10% to 20% of people – who get food poisoning go on and get SIBO.

And she shares about the IBSchek test that

checks for the antibodies against that toxin, CDT-B, and the protein, which is actually called the vinculin, the protein that was on the nerve cells.

I always enjoy hearing Dr. Siebecker’s interviews and learn something new every time. This one was no exception!

I hope you’ll join the host Dr. Raphael Kellman and all the great speakers on the Microbiome Medicine Summit 2, May 8-15, 2017 to learn more

Here is the registration link