Jeffrey Smith, non-GMO advocate, founder of Institute for Responsible Technology, producer of the movie Genetic Roulette, is speaking on the Anxiety Summit. Our topic: “Anxiety & Depression: Health Risks of GMOs and Roundup.” We also talk about GM tryptophan and why it was removed from the market. It was a fabulous interview!

Here is an outline of what we cover:

I brought up South Africa during the interview because I was recently there. GMOs are labeled in South which is good and bad. It’s good because you can avoid eating GM products. It’s bad because labeling was done without all the activism we are seeing here in the USA, and I feel there is less awareness about the dangers. Many people are simply consuming these products without any questioning. Here is a picture of the Knorrox label. 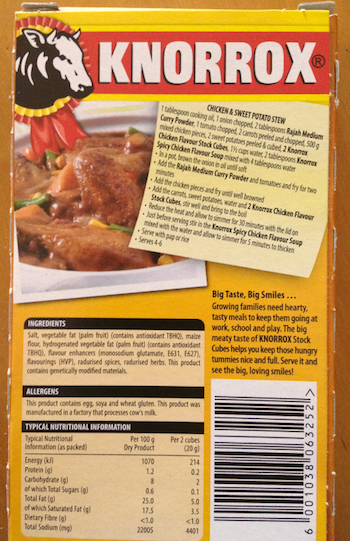 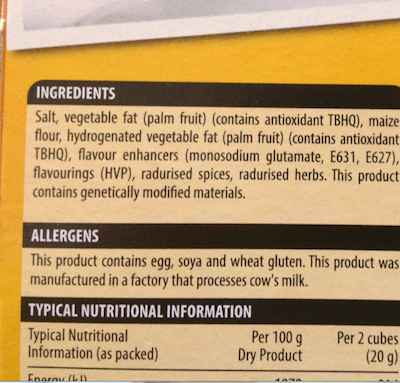 In this close-up picture, you’ll notice a few things. As well as the label “contains genetically modified materials” i.e. the maize/corn), it also contains:

Getting back to my interview with Jeffrey…he shared the sad story of the South African GM corn/mielie/maize farmer that had a happy ending and he assured me that awareness is growing.

We also talked extensively about how Roundup affects serotonin production, detoxification and the gut.

Here is a snippet from our actual interview we did for the summit:

But it’s not safe for a lot of reasons.

It’s an endocrine disruptor. It can promote cancer. It’s linked to heart disease and diabetes. But what they failed to point out was that the shikimate pathway is what our gut bacteria use to produce the vast majority of the l-tryptophan that we assimilate. L-tryptophan is a precursor to melatonin, which is linked to sleep and circadian rhythms, daily cycles, but it’s also a precursor to serotonin and now we land squarely on the world of anxiety. Without sufficient serotonin there can be anxiety and depression.

I managed to nab Jeffrey for a quick preview in August – this snippet in itself is enlightening – he shares more on the shikimate pathway and low serotonin. I always learn from Jeffrey and his energy and passion is amazing! Just watch him in action doing this unprepared on-the-fly interview. Sorry about the background buzz – we were at an event and I couldn’t miss the opportunity to have Jeffrey inspire you.

This is all very timely with October being Non-GMO month, a month of awareness created by the Non-GMO Project, a non-profit organization, offering North America’s only third party verification and labeling for non-GMO (genetically modified organism) food and products.

I hope you’ll join us on the Anxiety Summit season 2. It runs from Nov 3-16 and you’ll learn about this and many other nutritional and natural solutions for anxiety, panic attacks, OCD and social anxiety. This is one of many great topics we’ll be sharing.