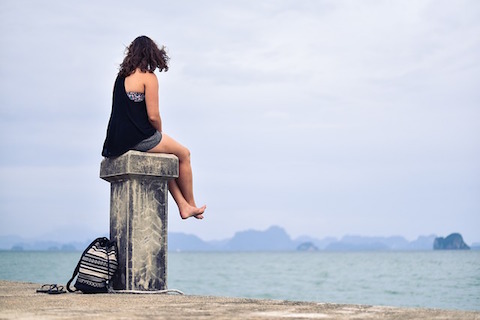 A 2014 paper published in the Journal of Psychiatric Research looked at how variations in the oxytocin receptor gene is associated with increased risk for anxiety, stress and depression in individuals with a history of exposure to early life stress. Here are some excerpts from this paper:

Oxytocin is a neuropeptide that is involved in the regulation of mood, anxiety and social biology.

Genetic variation in the oxytocin receptor gene (OXTR) has been implicated in anxiety, depression and related stress phenotypes.

In this study, we examined genotypes in 653 individuals and tested whether SNP variation in OXTR correlates with severity of features of self-reported experience on the Depression Anxiety and Stress Scale (DASS), and whether this correlation is enhanced when early life trauma is taken into account.

The study found a significant effect of several oxytocin receptor genes (OXTR genotypes) on anxiety, stress and depression scores. They concluded that:

These results support the hypothesis that the oxytocin system plays a role in the pathophysiology of mood and anxiety disorders.

Results indicated that in individuals with generalized social anxiety disorder:

These findings suggest that [oxytocin] may have broad pro-social implications such as enhancing the integration and modulation of social responses.

We know that low serotonin can cause anxiety, worry and depression and research shows there are interactions between oxytocin and serotonin levels. So if you don’t respond to serotonin support (tryptophan or 5-HTP or light therapy), maybe boosting oxytocin is a possible solution?  Or maybe supporting serotonin will boost oxytocin?

What is also really interesting to me is that zinc is needed for binding oxytocin to its receptor so I wonder about the oxytocin connection to pyroluria, a social anxiety condition where higher amounts of zinc and vitamin B6 are needed. I wonder if adding oxytocin to the mix or boosting it would help even more?  Or if optimizing zinc use and absorption would help promote oxytocin?